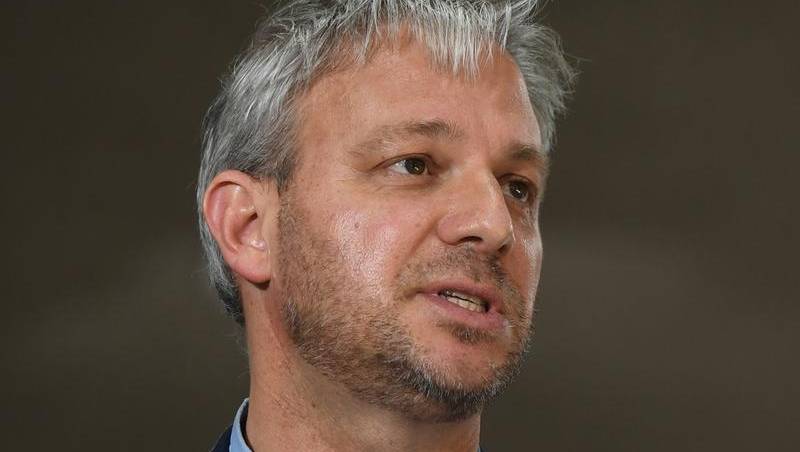 For better or worse, life has changed irrevocably for Brett Sutton and Jeannette Young over the past 12 months as two of Australia’s most recognisable faces during the coronavirus pandemic.

The chief health officers of Victoria and Queensland have revealed the toll the crisis has taken on their personal lives, and their techniques for coping with stress while ruminating on life-altering decisions.

Having signed off on Victoria’s 111-day lockdown to curb its deadly second wave, Professor Sutton concedes public health calls he has made throughout the pandemic still weigh heavily on him.

“You get torn apart over this stuff, I continue to,” he said in a new episode of the Taking Care podcast released on Tuesday.

“There is no path of least resistance. There are decisions to be made that will affect thousands upon thousands of people and cause harms.

“You were just trying to find the least worst pathway possible.”

Working 16-hour-plus days, Prof Sutton leaned on the support of his family, friends and colleagues, meditated and spoke to a psychologist to try and compartmentalise.

“Putting my kids to bed but my mind being elsewhere. I felt awful as a father.

“I felt like I was with my children, but I was absent for weeks and weeks on end.”

A student of Buddhism for decades, Prof Sutton was unable to contain his rage when his pyjama-clad daughter answered the door to find media members late one night.

“That just made me unbelievably angry,” he said.

“People say you get paid a lot, you’re a public figure, you signed up for this. None of that matters, in any sense whatsoever, when you feel that your family’s wellbeing is threatened.”

Fronting press conferences on a daily basis, Prof Sutton and other Australian health officials have been elevated to celebrities in some circles.

As the subject of TikTok videos, Facebook fan clubs and merchandise including T-shirts and doona covers, Prof Sutton has learned to deal with the scrutiny and recognition that comes with being in the public eye.

“I’m stopped in the street now for selfies and all kinds of reasons,” he said.

“I was at Bunnings a couple of months ago and the guy said ‘you look a lot like that …’ and I just nodded and said ‘I am that guy, I’m that annoying guy on TV that you see every night’.

“That’s how I introduce myself now.”

Dr Young has been through her own trials, as the target of alleged death threats along with Queensland Premier Annastacia Palaszczuk amid a wave of criticism over the state’s border closure.

Unlike Prof Sutton who came to his role in 2019, she managed Queensland’s response to the 2009 swine flu pandemic and already wore psychological scars.

“At the start of this pandemic, I realised very early on this was going to be much, much, much worse.”

With her microbiologist husband deciding to retire early in order to offer more support, and all their kids now grown up, Dr Young has fared much better.

Read More:  Health care from the trenches: Change must come from us [PODCAST]

“Just to have a meal on the table when I get home at night is so important … 10 years ago I didn’t have that,” she said.

“This time around I get fed, I get looked after and I have someone to debrief with,” Dr Yound told the podcast, which is published by the Australian Health Practitioner Regulation Agency.