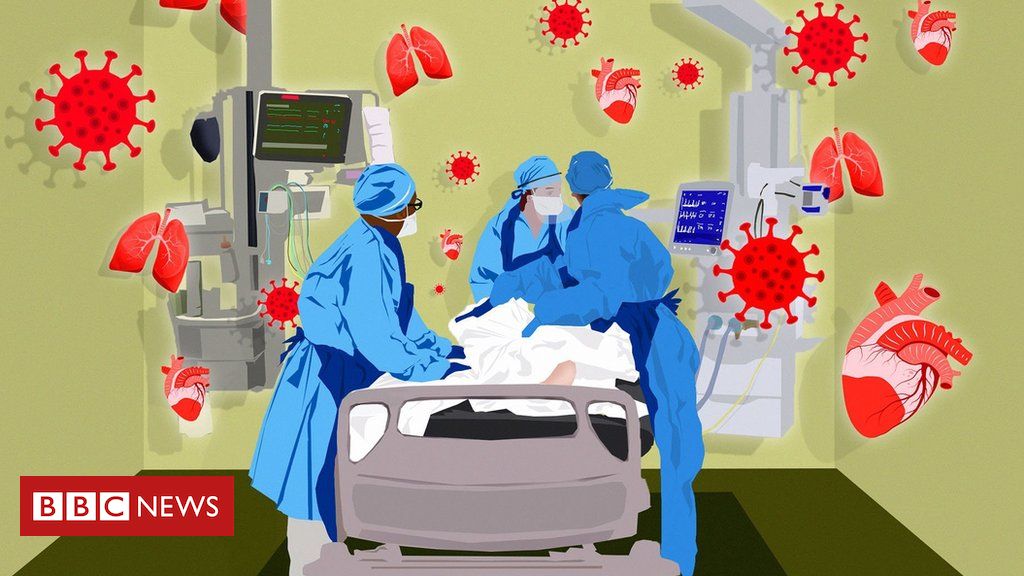 Scientists are to test whether an experimental drug can prevent potentially deadly blood clots associated with Covid-19.

The trial, funded by the British Heart Foundation, will test the theory the clots are caused by a hormone imbalance triggered by coronavirus infection.

It will become one of several drugs currently being trialled to prevent the disease’s worst effects.

Scientists from Imperial College London, involved in the trial, think that when the virus enters the body, it uses an enzyme as a “handle” to enter the cells.

But this disables the enzyme, which plays an important role in balancing the key hormones. When out of balance, the blood can become sticky, leading to clots.

They theorise that TRV027 – which won its creator a Nobel Prize in 2012 – can step in to play this rebalancing role.

Many of the treatments being trialled to treat Covid-19 focus on the body’s inflammatory response.

But the hormonal imbalance is a “quite distinct problem” which may provide clues to the question of why some people get severely ill why others do not, says Dr David Owen, one of the study’s leads.

Blood clotting could also explain why Covid-19 seems to particularly affect people who already have cardiovascular disease despite being a respiratory illness, according to the British Heart Foundation.

Since Covid-19 is such a complex disease which effects many of the body’s systems, this treatment could be used in combination with other drugs says Dr Kat Pollock, a joint lead on the study.

What do I need to know about the coronavirus?

About 60 patients will be given either the new experimental drug, or a placebo, starting next month.

It has been shown to be safe in patients with acute heart failure, although it was not effective as a treatment for this condition.

TRV027 is just one of several different drugs being trialled to ease the disease’s worst effects or help the body fight it off.

At least 10 different antiviral drugs including HIV treatment lopinavir/ritonavir are being, or have been trialled to see if they can help fight off the disease.

None has yet been shown to be effective on its own, although there is still hope several could be used together to shorten patients’ illnesses.

Remdesivir, a drug that has shown promising effects, works by attacking an enzyme that a virus needs in order to replicate inside body cells.

Meanwhile plasma – the liquid part of blood – taken from people who have recovered from coronavirus might also help, by giving sick people who haven’t recovered the right antibodies to fight it off.

And a number of other treatments are focusing on the body’s dangerous inflammatory response to fighting Covid-19, known as cytokine release syndrome.