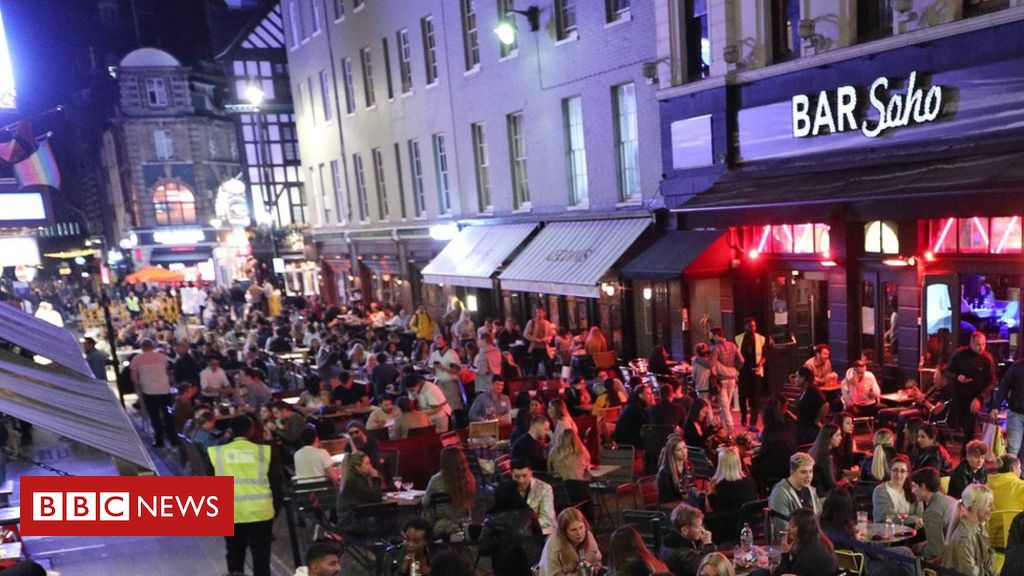 The latest “big change” in coronavirus infections across the UK is of “great concern”, England’s deputy chief medical officer has warned.

Prof Jonathan Van Tam said people have “relaxed too much” over the summer and “we have got to start taking this very seriously again”.

If not, the UK will have “a bumpy ride over the next few months”, he warned.

He said that infections among younger people in EU countries had later filtered through to older age groups.

His comments came as more parts of the UK are to face tougher restrictions following a rise in the number of cases.

Stricter rules on home visits will be extended to two more areas in the west of Scotland from midnight.

In Wales, the county borough of Caerphilly is to be placed under a local lockdown from 18:00 BST on Tuesday.

“People have relaxed too much, now is the time for us to re-engage, and to realise that this a continuing threat to us,” Prof Van Tam said.

He added that hospital admissions and deaths were “at a very low level” in the UK and the rise in cases was most prominent among those aged between 17 and 21 – but the country risks following the trajectory of some EU countries.

“Where case numbers rise initially in the younger parts of the population they do in turn filter through and start to give elevated rates of disease and hospital admissions in the older age groups, and we know that then becomes a serious public health problem,” he said.

“The fact that 17 to 21-year-olds are not becoming ill means they are lucky, but they also forget because the disease is not severe for them that they are potent spreaders.”

Prof Van Tam added that the trend had moved away from “specific hotspots”, such as the one that occurred in Leicester last month.

Instead, “there is a more general and creeping geographic trend across the UK that disease levels are now beginning to turn up”.

He urged public health officials and politicians to think about how the virus is managed not in the short term, but over the next six months and “until the spring”.

The rise in cases we have seen over the past two days seems like quite a large jump.

But it is still well short of where we were in the spring.

The official figures show we hit 6,000 cases a day at points, but that was just the tip of the iceberg.

Testing was only largely taking place in hospitals so virtually none of the infections in the community were being picked up.

Estimates suggest there were about 100,000 cases a day at the peak.

So the fact that we have got close to 3,000 a day now when mass testing is available (albeit clearly not picking up every case) means we are a long way from where we were.

But there is alarm within government.

While the majority of cases are in younger age groups, the more they rise the harder it becomes to keep the virus away from more vulnerable people.

It comes after Transport Secretary Grant Shapps announced a change in England’s quarantine policy, adopting an approach which allows islands to treated differently to a country’s mainland.

He said travellers arriving in England from seven Greek islands will have to self-isolate for 14 days from 04:00 BST on Wednesday.