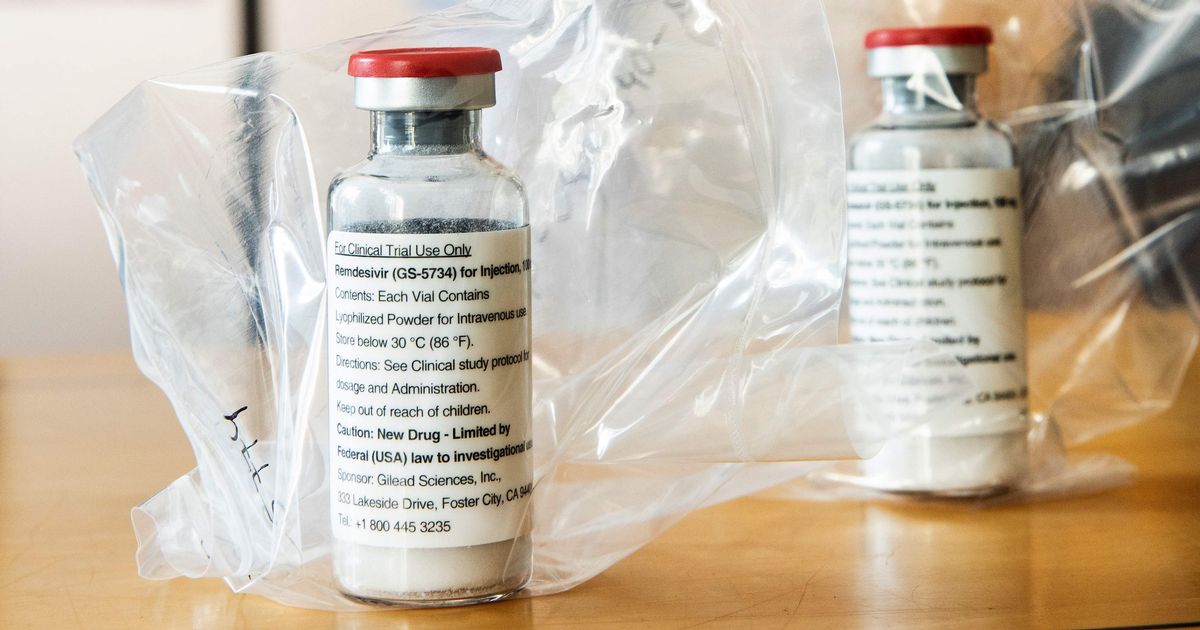 Mid-March I wrote an article on possible drug treatments for Covid-19. Some of them were already available and being used to treat other ­conditions, but there was a move afoot among scientists to adapt them to overcome Covid.

Among them was a promising ­candidate, remdesivir, which had achieved some success against Ebola and two coronaviruses.

It’s manufactured in the US by a firm called Gilead, and despite early success it’s still not licensed or approved anywhere for treating Covid.

Fortunately that hasn’t stopped a trial with selected NHS patients in hospital suffering from Covid-19. They’ll be given remdesivir after a very early study found it shortened the time to recovery by about four days, reports Zosia Kmietowicz in the BMJ.

Recently the US National Institutes of Health (NIH) took the unusual step of reporting interim findings from a robust trial that began in February involving 1,063 patients from several countries, including the US, UK and Singapore.

Even though the findings are yet to be published, NIH has announced that remdesivir reduced the average recovery time from 15 to 11 days. It also cut mortality to 8% versus 11.6% in the placebo group.

As a special case, remdesivir has been made available in the UK through the Early Access to Medicines Scheme (EAMS) after being given a positive scientific assessment from our ­Medicines and Healthcare Products Regulatory Agency.

Similar permissions have already been given in other ­countries and, most unusually, an emergency permission from the US Food and Drug Administration and by regulatory authorities in Japan. Any treatment will be prioritised for patients who have the greatest likelihood of deriving the most benefit because supplies are limited in the UK.

Read More:  Medical News Today: Catnip: What do we know about the feline drug?

Stephen Griffin, associate professor at Leeds School of Medicine, has said that remdesivir is the most promising antiviral drug in current trials among Covid-19 patients.

“Rolling out ­remdesivir via the EAMS will likely mean that the most severe Covid-19 patients will receive it first,” he says.

“While this is clearly the most ethically sound approach, it also means we ought not to expect the drug to act as a magic bullet.

“We can instead hope for improved recovery rates and a reduction in patient mortality.”

Treating less severely affected patients with remdesivir would be possible only with the publication of trials, said Griffin. However, coupled with the good news that dexamethasone can lower mortality of patients on ventilators by a third and by a fifth for those on oxygen, it gives us hope.