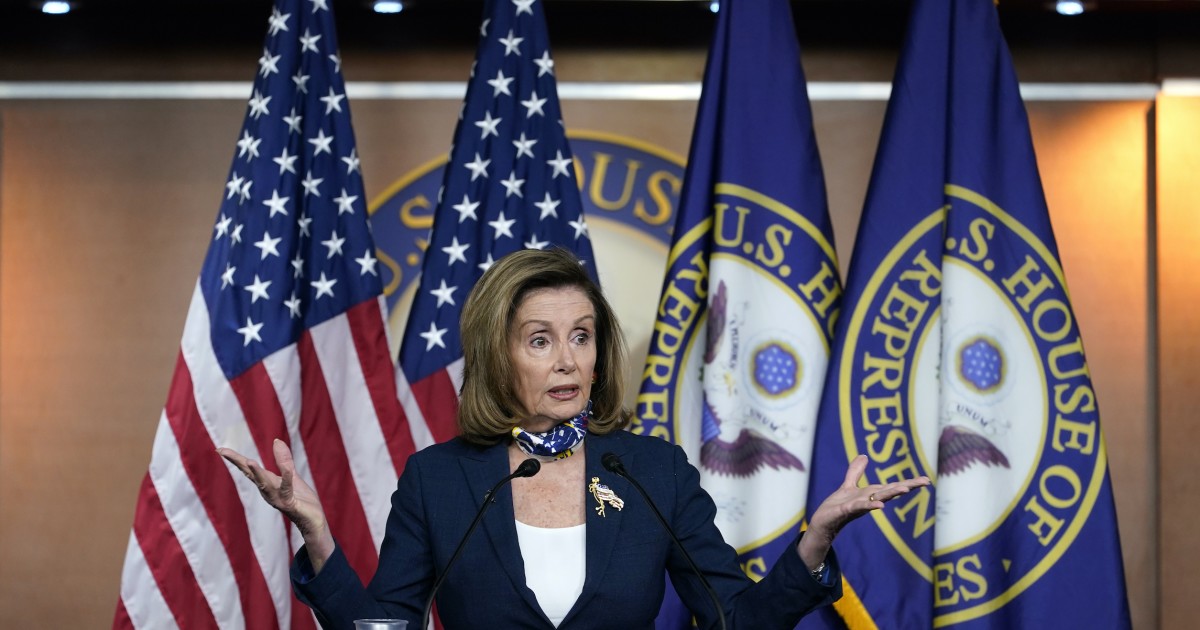 “They can tell American families they care more about politics than helping them,” Senate Majority Leader Mitch McConnell said of Democrats Thursday.

The 52-47 vote was mostly along party lines, with Democrats uniformly in opposition and one Republican, Sen. Rand Paul of Kentucky, joining Democrats aiming to keep the measure from advancing.

Democrats rejected the roughly $ 500 billion bill as insufficient to address the effects of the coronavirus and said it was laden with conservative provisions they oppose. The GOP package did not include another round of stimulus checks for taxpayers or aid to state and local governments working to revive their economies.

Congress is likely to adjourn by early October in order to allow lawmakers to campaign ahead of the November election. They won’t return until mid-November for the traditional “lame duck” session.

Democratic leaders said they are not giving up and noted Treasury Secretary Steve Mnuchin already agreed to a package worth $ 1.5 trillion, which is triple the cost of the narrow GOP plan.

Senate Minority Leader Chuck Schumer, a New York Democrat, called on Republicans “to come to the negotiating table,” after he led the effort to block the GOP bill, which he called “emaciated, inadequate, and designed to fail.”

To date, nearly 6.4 million cases have been confirmed in the United States, and more than 191,000 people have died.

Of the $ 44 billion designated from the Federal Emergency Management Agency’s Disaster Relief Fund in August to provide financial assistance to workers sidelined by the pandemic, $ 30 billion has been distributed. With money running low, the agency has said that total funding will be limited to six weeks, in total, for every state that has applied so far, a spokesman told the Washington Examiner Thursday.

The Centers for Disease Control and Prevention will halt coronavirus symptom screenings at airports, one of the first policies enacted to prevent viral transmission in the U.S., in exchange for a “new, more effective strategy.”

The series of vague new screening policies include “pre-departure, in-flight, and post-arrival health education for passengers,” “voluntary collection of contact information from passengers,” and “potential testing to reduce the risk of travel-related transmission.”

The new guidelines also acknowledge that the coronavirus can be transmitted from people who have not shown symptoms of infection. The policy of screening for symptoms only, the CDC said Thursday, had “limited effectiveness because people with COVID-19 may have no symptoms or fever at the time of screening, or only mild symptoms.”

Dozens of Stanford University health experts denounced Dr. Scott Atlas, the conservative Stanford radiologist-turned-White House adviser, of misleading the public about the seriousness of COVID-19 in a joint letter of rebuke.

“To prevent harm to the public’s health, we also have both a moral and ethical responsibility to call attention to the falsehoods and misrepresentations of science recently fostered by Dr. Scott Atlas,” the team of infectious disease doctors, microbiologists, and epidemiologists wrote in a letter that circulated among Stanford faculty Wednesday.

Atlas was accused of misleading the public to believe that the coronavirus pandemic has been overblown, arguing that children cannot get seriously sick, so schools should be permitted to reopen in person fully.

Trump administration officials’ handling of the coronavirus pandemic has sowed distrust in voters about their ability to deliver a safe vaccine and return the country to normal, according to new polling from the nonpartisan Kaiser Family Foundation.

Public trust in the CDC has dropped by 16 points since April, from 83% to 67%, while public trust in Dr. Anthony Fauci, the government’s top infectious disease expert, has declined about 10 percentage points since April. A majority of voters, about 62%, fear that the Trump administration will speed the vaccine approval process along to the extent that safety will be compromised.

Trump defended himself against reports from Bob Woodward that he purposely concealed the true threat of the coronavirus pandemic in February and then misled the public, arguing that he had been trying to prevent widespread panic about the outbreak.

“I’m doing is, no, I don’t want to jump up and down and start screaming ‘death!’ ‘death!’ because that’s not what it’s about. We have to lead a country, we’re leading a great country, and we’re doing a great job,” Trump said.

Trump also accused Joe Biden of stirring up opposition to a coronavirus vaccine.

“Biden’s launched a public campaign against the vaccine, which is so bad because we have some vaccines coming that are incredible,” Trump said Thursday. “But you don’t want to have anything having to do with for political purposes, being an anti-vaxxer. You don’t want to be talking about the vaccines in a negative way.”