For months, scientists have debated why one genetic variation of the coronavirus became dominant in many parts of the world.

Many scientists argue that the variation spread widely by chance, multiplying outward from explosive outbreaks in Europe. Others have proposed the possibility that a mutation gave it some kind of biological edge and have been urgently investigating the effect of that mutation.

Now, scientists have shown — at least in the tightly controlled environment of a laboratory cell culture — that viruses carrying that particular mutation infect more cells and are more resilient than those without it.

Geneticists cautioned against drawing conclusions about whether the variant, which has been circulating widely since February, spreads more easily in humans. There is no evidence that it is more deadly or harmful, and differences seen in a cell culture do not necessarily mean it is more contagious, they said.

But the new study, which has not yet been peer reviewed, does show that this mutation appears to change the biological function of the virus, experts said. The insight could be a crucial first step in understanding how the mutation behaves at a biomolecular level.

Researchers at Scripps Research, Florida, found that the mutation, known as D614G, stabilized the virus’s spike proteins, which protrude from the viral surface and give the coronavirus its name. The number of functional and intact spikes on each viral particle was about five times higher because of this mutation, they found.

These spike proteins must attach to a cell for a virus to infect it. As a result, the viruses with D614G were far more likely to infect a cell than viruses without that mutation, according to the scientists who led the study, Hyeryun Choe and Michael Farzan. 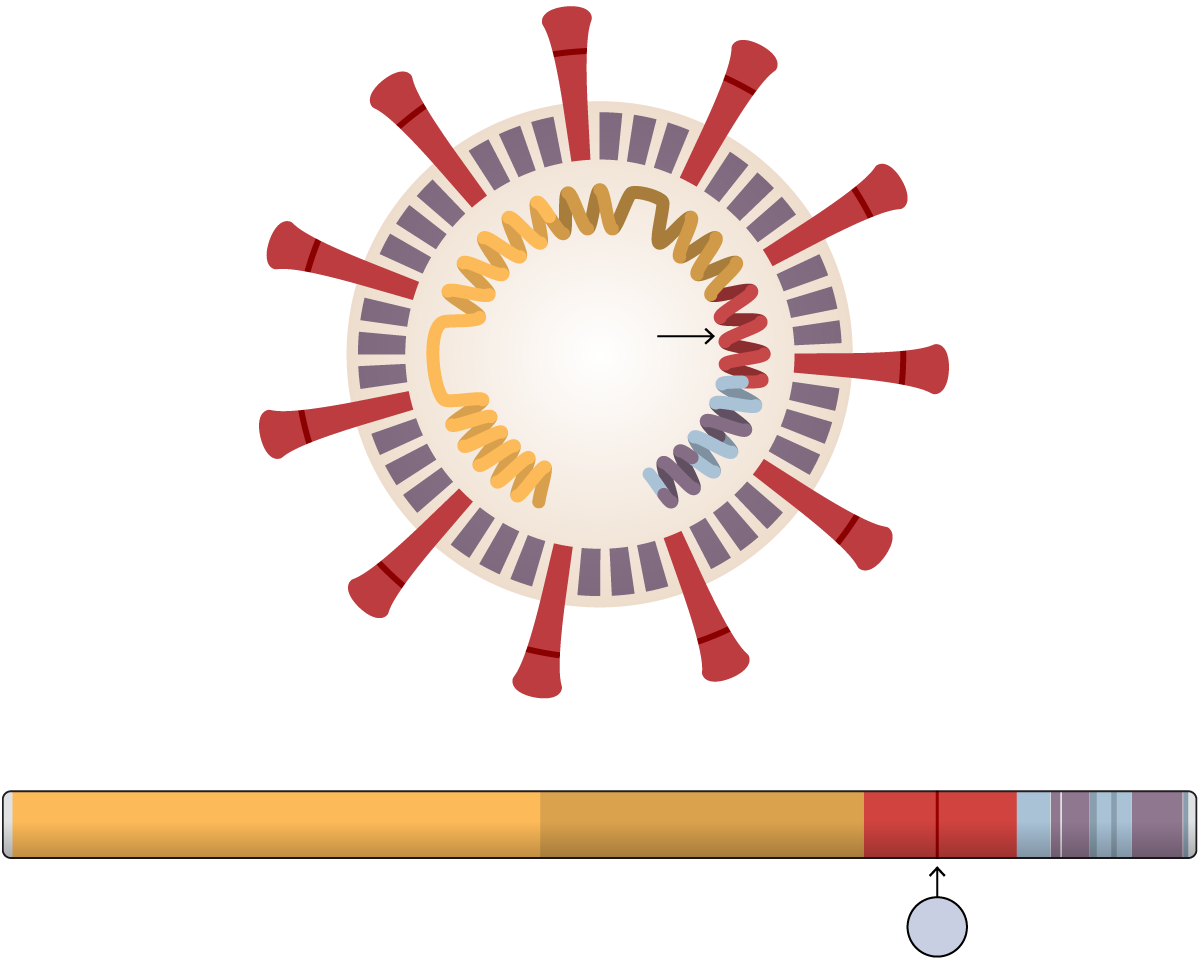 &◀ Areas affected by the mutation 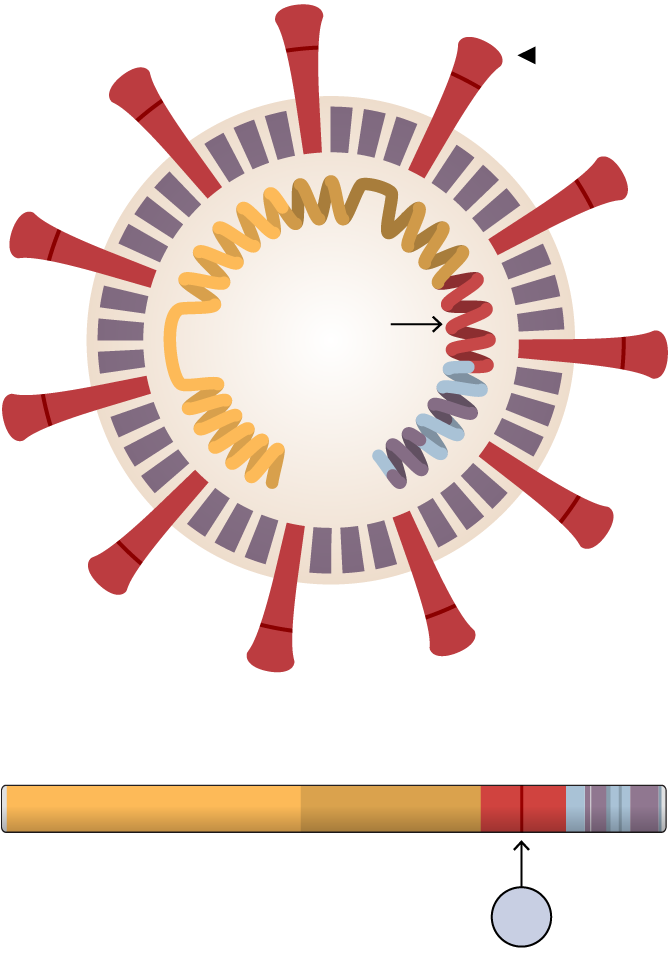 The 614th amino acid in the

spike protein mutated from D to 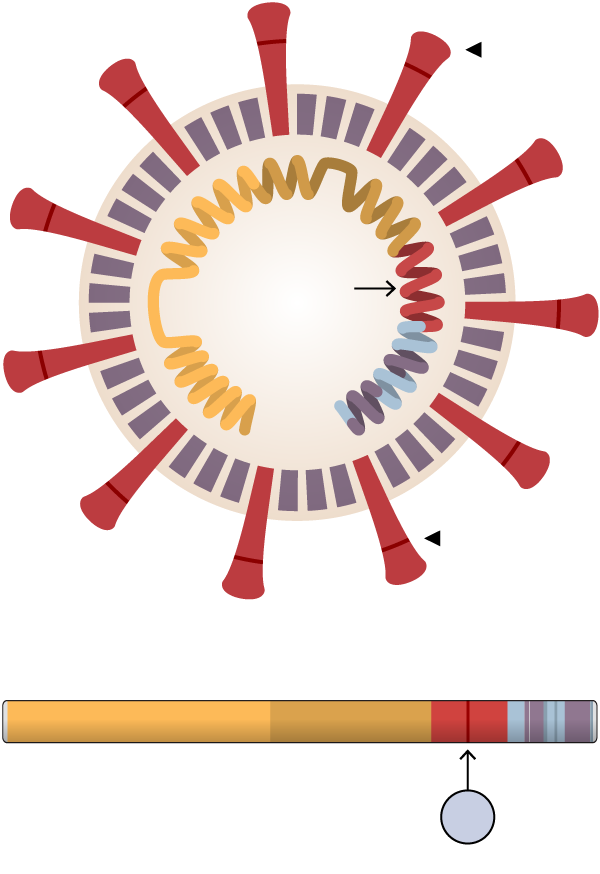 The 614th amino acid in the

spike protein mutated from D to

“Viruses with more functional spikes on the surface would be more infectious,” Dr. Farzan said. “And there are very clear differences between the two viruses in the experiment.” He added: “Those differences just popped out.”

Dr. Choe, the senior author on the paper, said that the virus spikes with the mutation were “nearly 10 times more infectious in the cell culture system that we used” than those without that same mutation.

Mutations are tiny, random changes to viral genetic material that occur as it is copied. The vast majority do not affect the virus’s function, one way or another.

Virologists shown the study said that the Scripps research was a strong demonstration that this specific mutation does indeed cause a significant change in how the virus behaves, biologically.

“This is a powerful experimental study and the best evidence yet that the D614G mutation increases the infectivity of SARS-CoV-2,” said Eddie Holmes, a professor at the University of Sydney and a specialist in viral evolution.

The mutation the researchers studied has predominated in Europe and in much of the United States, especially in the Northeast. They compared it to viruses without that mutation, like those found at the beginning of the pandemic in Wuhan, China.

Dr. Choe said that the results do suggest that biological factors played a role in the rapid spread of the D614G virus.

“This mutation may explain the predominance of viruses carrying it,” Dr. Choe said.

But other scientists cautioned that it would take significantly more research to determine if differences in the virus were a factor in shaping the course of the outbreak. Other factors clearly played a role in the spread, including the timing of lockdowns, travel patterns and luck, scientists argue.

And luck alone may still be the best explanation for why viruses with the mutation have become so widespread, they said.

Kristian Andersen, a geneticist at Scripps Research, La Jolla, said that analyses of D614G and other variants in Washington and California had so far found no difference in how quickly or widely one variant spread over another.

“That’s the main reason that I’m so hesitant at the moment,” Dr. Andersen said. “Because if one really was able to spread significantly better than the other, then we would expect to see a difference here, and we don’t.”

Tests of the Ebola virus, which spread in West Africa starting in 2013, indicated that a common mutation infected more cells in cell cultures than its competitors, potentially suggesting that the mutated virus was more contagious. But the difference did not hold up when later tested in animals.

Scientists’ attention had begun to focus on the D614G mutation by May, when Bette Korber, a researcher at Los Alamos National Laboratory, posted a paper arguing that “when introduced to new regions it rapidly becomes the dominant form.”

Many scientists criticized the study, saying that its analysis was not sufficient to conclude that the virus with that mutation was more transmissible in humans. The analysis did not adequately account for the role of luck, they said: When a mutation seeds a new outbreak, it can build an advantage by pure chance.

David Montefiori, a virologist at Duke University, said that he was involved in a new analysis, led by Dr. Korber, addressing those concerns. As part of that work, he said, his team at Duke had found lab results that were very similar to those of the Scripps Research scientists: Viruses with the D614G mutation infected cells more efficiently than those without it. He said the full paper has been submitted to a journal.

In the new research, the team led by Dr. Choe and Dr. Farzan performed two experiments. In one, they created harmless proxy viruses using standard tools, including retroviruses and so-called virus-like particles. Each was engineered to have the signature corona “spike” proteins that allow it to fasten to the surface of cells like Velcro.

The scientists found that viruses with the D614G mutation were more resilient, preserving about five times more functional spike proteins to infect cells than viruses without that mutation.

In another experiment, they found that viruses carrying the D614G mutation infected tissue cells far more efficiently than viruses without the mutation. Dr. Farzan said that the difference probably stems from a biological property of the mutation that confers more flexibility to the spike protein and stabilizes it.

Coronavirus vaccines, once developed, should work as well against the D614G variant as they do against others, the researchers said.

Outside experts said the new study, while impressive, left more work to be done. Michael Letko, an assistant professor in the Laboratory of Functional Viromics at Washington State University, said that other biological factors could also influence the spread of the virus in the real world. “We focus on the part of the virus we know the best, the spike, but we don’t know as much about how other parts work,” he said.

Still, Dr. Letko said, the new research was convincing in demonstrating that viruses with the D614G mutation were more infectious in the lab.

Experts said the next step in determining if there are differences in real-world transmission is to test different variants in animals.

“That’s the incredible thing about viruses,” Dr. Letko said. “They’re called Darwinian machines, and these small changes can amplify quite dramatically. These small gains can be just enough to allow a virus to outcompete another virus that doesn’t have these things.”