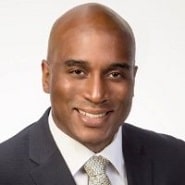 When Cletis Earle stepped in as CIO at Penn State Hershey at the start of 2020, he barely had time to walk through the door before having to deal with a major disruption. By the time the organization wrapped its arms around that issue, Covid-19 started developing into pandemic.

Talk about a baptism by fire. “Everything had to go on the backburner,” said Earle in a recent interview. Fortunately, Penn State Health’s IT team adopted an “agile, fail-fast methodology” that enabled them to deal with the challenges at hand, while building up the skills needed to prepare for a potential second wave.

However, another issue surfaced for which no one was truly equipped when the death of George Floyd shined a light on racial injustice. And in fact, it was Covid-19 that removed so many of the issues that usually serve as distractions from the news – for example, the cancellation of sports events and movies – and brought the topic of racism to the front burner.

In our interview, Cletis opened up about the inequities that still exist in industries like healthcare IT, what leaders can do to address the lack of diversity, and why he believes that having tough conversations is so important – but at the same time, it can’t be all talk.

LISTEN HERE USING THE PLAYER BELOW OR SUBSCRIBE THROUGH YOUR FAVORITE PODCASTING SERVICE.

Gamble:  When did you actually start your current role?

Earle:  I started right at the beginning of the year — the first week in January.

Gamble:  I’m sure the first couple of weeks were about getting to know the organization and the people.

Earle:  It was interesting because during the first couple of weeks, we had some major system issues here. It was tough; it was like baptism by fire. I was dealing with some major disruption issues, and once we started to get out of that, it was February. We were trying to ramp down and remediate, and then soon as that occurred, we had Covid. So it’s been a whirlwind; a true whirlwind the likes I’ve never, ever seen before.

Read More:  Are beans part of the african diet

Gamble:  I can imagine. What is the status now in terms of Covid? Is your team still remote?

Earle:  Yes. We’re still operating at a remote level. We’re trying to determine what’s going to happen going forward — how many people are going to be permanently remote. We’re going to use that framework to build a model of what the new norm is. It’s been an interesting process.

It’s similar to September 11; that event changed our world. It created disruption, and we learned to live with it. This is actually bigger than 9/11 because it has impacted the entire world. Everyone has to adjust, so you can imagine some interesting things will come out of it.

Gamble:  From your perspective, were there certain initiatives that had to go on the backburner, or is that something you tried to avoid?

Earle:  Everything had to go on the back burner. We had to have the mindset that everything stopped. All of our patients with Covid patients. All of the elective surgeries stopped. All other business stopped. And so as we were trying to figure that out, we were adjusting to a whole new support model that was based remotely. It was very interesting working through those dynamics, and being able to accommodate and adjust in real time. Our team some amazing work in such a short window; it’s tantamount to the resilience, the ingenuity and drive that they have.

Gamble:  Talk about what it took to make those adjustments and be able to change quickly.

Earle:  We ended up adopting a model that technologists have been using for a little while; a very agile, fail-fast methodology using sprints. The entire working population really adjusted to that approach — smaller groups, less complexity, faster decision-making. IT does this on a regular basis. But the rest of the organization adjusted in a much faster timeframe than I would have imagined.

We were forced to do it. We were forced to adjust quickly. We were forced to make the appropriate accommodations to take care of our patients in a different manner. I’ve never seen anything like this, and I hope I never do again. The good news is that now we’ve done it, so when the next wave hits we’ll be prepared, because we understand what needs to happen. By letting science help with drivers and these initiatives, we understand that it’s going to happen again. And so, while we have ramped down some of our activities, we’re equipped to ramp back up in a relatively fast amount of time. That’s a different approach; to always be in a state of preparedness for this type of catastrophe. It’s an interesting dynamic.

Read More:  Which Is Better, A Glass Of Hard Kombucha Or A Glass Of Wine?

Gamble:  It seems like this is really changing the nature of disaster preparedness.

Earle:  Absolutely. It’s a feat to be able to do this; it’s not an easy task. We have more than 7,000 people working remotely. On the academic side, which is Penn State University, we have 80,000 to 120,000 people across the state that we need to accommodate. You have some universities that are communities. It’s really a lot of people who need support, and so it’s important to be grateful; to reflect and say, ‘Wow, look at what we did.’ And more importantly, it’s recognizing what we can do in the future if we utilize that same rigor.

Gamble:  You used the word ‘whirlwind,’ which sounds like an apt description. I also want to talk about the other major event that has made headlines, which is racial injustice. I heard your discussion with Ed Marx, and one of the points that really stuck with me is that perhaps it was the pandemic that resulted in more attention being drawn to racism. And that even though this has been happening for so long, now more of a light is being shone on it, which must be validating in some ways, but maddening in other ways.

Earle:  It’s maddening for anyone to think that it just started. This has always the case. The major difference isn’t attributable to cameras, because we’ve seen it before where people like Eric Gardner and others have died on video. There have been so many — I could go on and on. But the videos have been there, so it’s not about the cameras. I do believe Covid has removed many of the distractions — sports and other things that enable people to turn the channel when this happens and focus on something else. Now, since there are not distractions and there are highly covered items, it’s a different narrative.

I think that’s what is leading to this transformation. How many people can look away from a murder, and the almost callousness that occurred with it, and don’t feel empathy for what has happened and for the family that has been impacted in that manner? It’s a very compelling piece to know that people of color go through this all the time — that you can go out and you’re not sure if you’ll make it home. And it’s not because of something like a car accident; you have a likelihood of not retuning because people don’t like the way you look or have a problem of the color of your skin or any issue people have with other human beings.

Gamble:  Right. I want to talk about this from a leadership perspective. One of the problems that’s been brought up is that the percentage of CIOs who are black is extremely low. Could this be a catalyst to start more conversations or more initiatives to change that?

Earle:  The time for talk and the time for reflection is gone. We need action. And it’s very clear that there is a disconnect when we’re talking about the lack of diversity in technology. As leaders, we need to go out and look at how we can better expose our industry and provide opportunities for all people. I recently heard a colleague – Maria Lensing, who is VP of Healthcare Solutions with AT&T Business – who said she was given an opportunity, and I thought it was so profound. It made me reflect back on my career, and I realized that I was also given an opportunity. She did a great job explaining that there’s so many people so wouldn’t be where they are in life if they hadn’t been given opportunities. There are so many people — teenagers or younger — who just need an opportunity. There could be thousands of Cletises or Marias out there. And it’s not just African Americans, but women and people from LGBTQ communities. It’s realizing that there’s a disconnect in certain industries, and we need to start to make a change.

Gamble:  So really there are two areas: one focuses more on what organizations can do now, and the other on how to build a better pipeline. Back when you were with Kaleida Health, we talked about how you went out to Buffalo and spoke to kids in schools. It really stuck with me because it seems like it has a lot of potential, if people are willing to put the time in.

Earle:  I completely agree. What we’re talking about is a social problem; and with any social problem, you have to start early. You have to identify it early and you have to try to do something about it. What we did in Buffalo — and it wasn’t just me, it was a group. It was teams of us working diligently to try to make a difference in their communities. That’s one of the things I like to share with my teams — how do you make a difference? How do you bring other executives in?

And it doesn’t have to be a person of color or a woman. In fact, I think it’s even more powerful if white male CIOs and IT executives go into inner city schools and talk about opportunities that exist, and show them what this industry is about. It needs to be a whole community activity to allow us to be successful.

We need everybody to help address this. We all have to be at the table to work out this evil virus of racism, and to figure out that this collective issue is everyone’s problem. Until we get that understanding, we’re all going to be dealing with this for a long time.