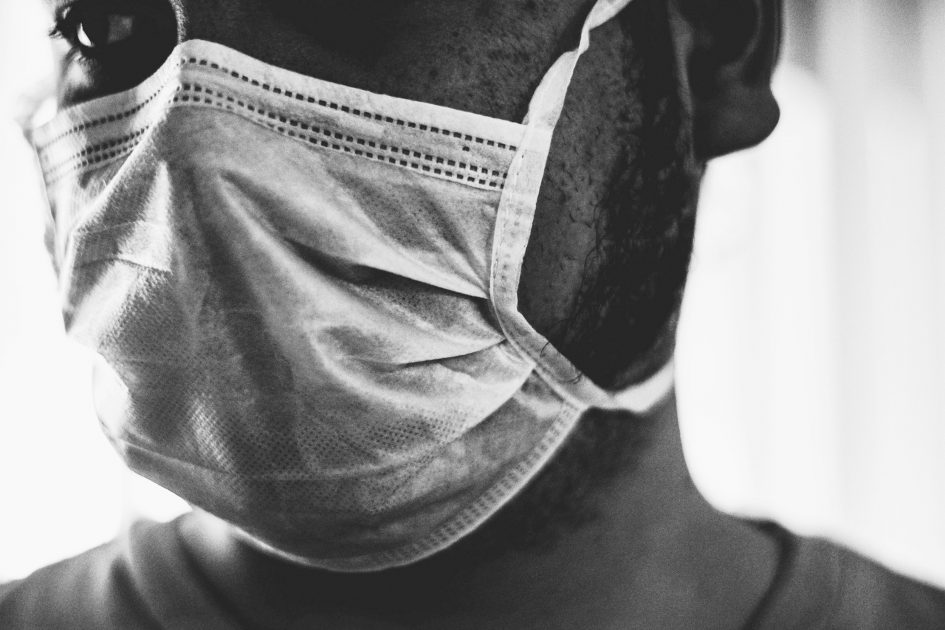 A commentary last summer in the NEJM Catalyst │Innovations in Care Delivery by Thomas B. Sequist, professor of medicine and health care policy at Harvard Medical School, took a broader look at COVID rates in the Navajo Nation, which has high rates of poverty (43 percent) and a population of 180,000 people across New Mexico, Arizona, and Utah, and in Chelsea, Mass., a densely populated city near Boston where two-thirds of the population identifies as Latinx and about 19 percent of residents live below the federal poverty level.

Sequist, a member of the Taos Pueblo tribe in New Mexico who has worked to improve health care for Native peoples for 20 years, said that the seemingly disparate rural and urban communities of color shared some characteristics that led to the rates of more than 3,500 per 100,000 residents in the Navajo Nation and more than 7,000 cases per 100,000 residents in Chelsea — rates that were among the highest in the nation.

He wrote that a series of environmental factors contributed heavily to the problem, including crowded living conditions forced by poverty, which made social distancing impossible; lack of healthy food options (he said both communities are “food deserts” due to their limited options for well-stocked grocery stores); problems with access to medical care; and greater prevalence of complicating conditions, such as diabetes, heart failure, and kidney disease. In addition, residents of these communities tended to have low-wage, “essential worker” positions, which meant they could not work from home and often had to take public transportation to get to their jobs, putting them at higher risk of infection.

“The rapid spread of COVID among communities of color is not because race or ethnicity is a risk factor for disease spread,” Sequist wrote. “Racism — not race — is the risk factor for spread.”

In recent years, advocates of environmental justice have come to recognize the links between economic, environmental, and health issues. And the pandemic has focused attention on specific trouble spots, including the workplace and the physical environment for communities of color, which tend to be segregated and with fewer employment options within or near their homes. Clearly the work climate affects who is more likely to get sick, according to Daniel Schneider, professor of public policy at the Kennedy School.

“We found that it took months for employers to implement mask mandates and provide masks to their workers. And by fall we found out there is another problem, namely customers. … So there is a certain powerlessness that workers feel.”

“COVID has shown that lower-income workers in the service sector are essential to our economy,” Schneider says. “They are playing a crucial role, but they are dealing with crummy jobs — now and in pre-pandemic times. Wage matters a great deal, but there are other aspects of job quality that also affect a worker’s well-being.”

Schneider is co-director of the Shift Project, a joint initiative at the Harvard Kennedy School and the University of California, San Francisco. Shift, he says, “has done surveys of hourly workers at 150 of the economy’s larger companies in the retail, food service, grocery, big box, delivery, and fulfillment sectors. We surveyed workers not only about how much they earn, but also do they get sick days, or paid medical leave.” The group’s aim is to help policymakers and firms find the best ways to improve job quality.

Read More:  Why Children Should Not Receive the COVID Shot

Discrimination, says Schneider, can be a factor in how management decisions are made. “Workers of color, particularly women of color, are over-represented in many service sector occupations. It would be one thing if all workers were equally susceptible to bad schedules and lack of leave, but even within this sector there are pretty stark racial and gender inequalities. There is absolutely a wage gap but there is also a scheduling gap. Workers of color, especially women, have less-predictable schedules than their white counterparts. With something like scheduling there is an awful lot of managerial discretion: Who gets sent home at the last minute? Who is the last to get time off when they need it? And women of color are ending up on the wrong side of that.”

While some workers have simply lost their jobs, others have seen new dangers in the workplace. “In sectors like big box stores, grocery stores, hardware stores, and pharmacies, you continue to go to work — which is good in a way, but now you contend with serious risks and hazards. We found that it took months for employers to implement mask mandates and provide masks to their workers. And by fall we found out there is another problem, namely customers. Do they wear masks, do they take 6 feet of distance? So there is a certain powerlessness that workers feel.”

One solution, proposed by Associate Professor of Education Peter Q. Blair, is to promote wider access to better-paying jobs. One reason minority populations have the deck stacked against them, he said, is that they are less likely to have a college degree — and so are more likely to be passed over in job searches. “When you look at the COVID disruption, all of the existing fissures in society just got exacerbated.”

Read More:  'I found out that I actually have two vaginas while giving birth to my son'