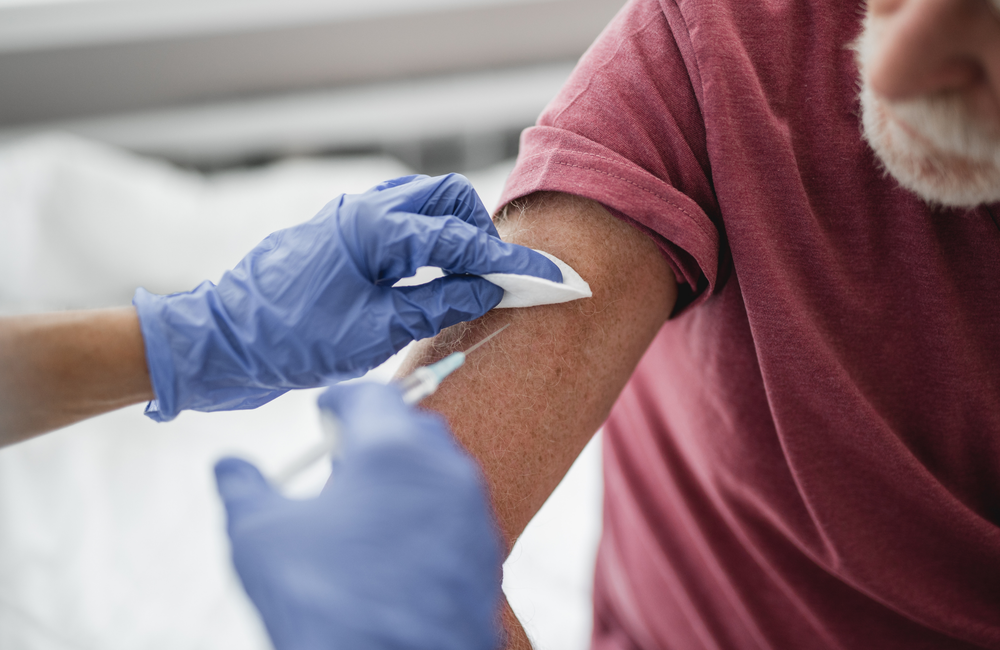 The findings have been made available as pre-prints, which means that they have not been peer-reviewed yet.

There is some evidence that people with HIV have weaker or less durable responses to various vaccines, including the annual flu vaccine and some hepatitis B vaccines. But the quality of immune responses produced by any of the COVID-19 vaccines licensed for use is unknown in people with HIV.

As part of the phase 2/3 study of the Oxford/AstraZeneca vaccine, a sub-study in people with HIV was carried out, led by Professor John Frater of the University of Oxford. It recruited 54 people with HIV at hospitals in London and all received the vaccine. Results were compared with a control group of 50 HIV-negative people drawn from the larger vaccine study.

People with HIV were eligible to join the study if they were aged 18-55 years, on antiretroviral treatment with a fully suppressed viral load (< 50 copies/ml) and a CD4 count above 350. The study excluded people with previous COVID-19 infection, confirmed by SARS-CoV-2 antibody testing.

The 54 people with HIV were all male whereas the control group was evenly split between men and women. Participants in both groups were approximately 80% White. The median CD4 count in people with HIV was 694.

Participants received two standard doses of the vaccine four to six weeks apart. (The 12-week interval between doses was adopted in some countries after a secondary analysis of the phase 2/3 trial showed that this schedule was associated with greater protective efficacy.)

“Further data are needed in people with CD4 counts below 350 or detectable viral load.”

Participants were followed for 56 days after their first jab and blood samples for immunological tests were taken at baseline and on days 14, 28, 42 and 56. Samples were tested for the number of antibodies to the SARS-CoV-2 spike protein, the neutralising capacity of the antibodies (how well the antibodies reduce virus-infected cells), the quantity of virus-specific T-cells and their ability to proliferate in the presence of the SARS-CoV-2 spike protein.

Read More:  How does your diet affect your liver

The study also compared adverse reactions between people living with HIV and the HIV-negative control group, finding no significant difference in the incidence of the most common reactions such as injection site pain (reported by 49% of people with HIV), fatigue (47%), headache (47%) and muscle or joint pain (36%). The incidence of most reactions was lower after the second jab.

“The measured immunological responses are similar to those seen in HIV negative participants for whom there is increasing evidence that vaccination leads to a reduction in symptomatic cases and hospitalisations,” the authors conclude. They say that the findings show that people with HIV should be supported to receive the vaccine and do not need a different vaccination regimen from the rest of the population. However, they warn that further data are needed in people with CD4 counts below 350 or detectable viral load.

The second study was carried out in South Africa, as part of the phase 1b/2a safety and immunogenicity studies for the Oxford/AstraZeneca vaccine. People with HIV were eligible to join the study if they were on antiretroviral treatment and had a viral load below 1000 copies/ml. The study randomised participants to receive the Oxford/AstraZeneca vaccine or a placebo injection in two doses, 28 days apart.

There was no difference in the frequency of adverse reactions between people with and without HIV. Mild or moderate headache, joint or muscle pain and weakness were each reported by around a quarter of recipients of the vaccine after the first dose – but most of these effects were almost as common in the placebo group. Fever and chills were uncommon reactions to the vaccine in this population.

A group of participants in a trial who receive standard treatment, or no treatment at all, rather than the experimental treatment which is being tested. Also known as a control arm.

A pill or liquid which looks and tastes exactly like a real drug, but contains no active substance.

The second stage in the clinical evaluation of a new drug or intervention, in which preliminary data on effectiveness and additional information about safety is collected among a few hundred people with the disease or condition.

A substance which forms the structure of most cells and enzymes.

Participants with HIV who tested positive for SARS-CoV-2 by PCR testing (indicating active infection) after randomisation showed stronger antibody responses after one dose than seen in HIV-negative participants after two doses (approximately six times higher). A similar pattern has been observed in HIV-negative people who received a first dose of the Pfizer or Moderna vaccines.

The researchers say that while the vaccine produced strong antibody responses against SARS-CoV-2 in people with high CD4 counts, the results may not be generalisable to people with CD4 counts below 500. They also highlight the need for further studies of vaccine efficacy in people with HIV in Africa.