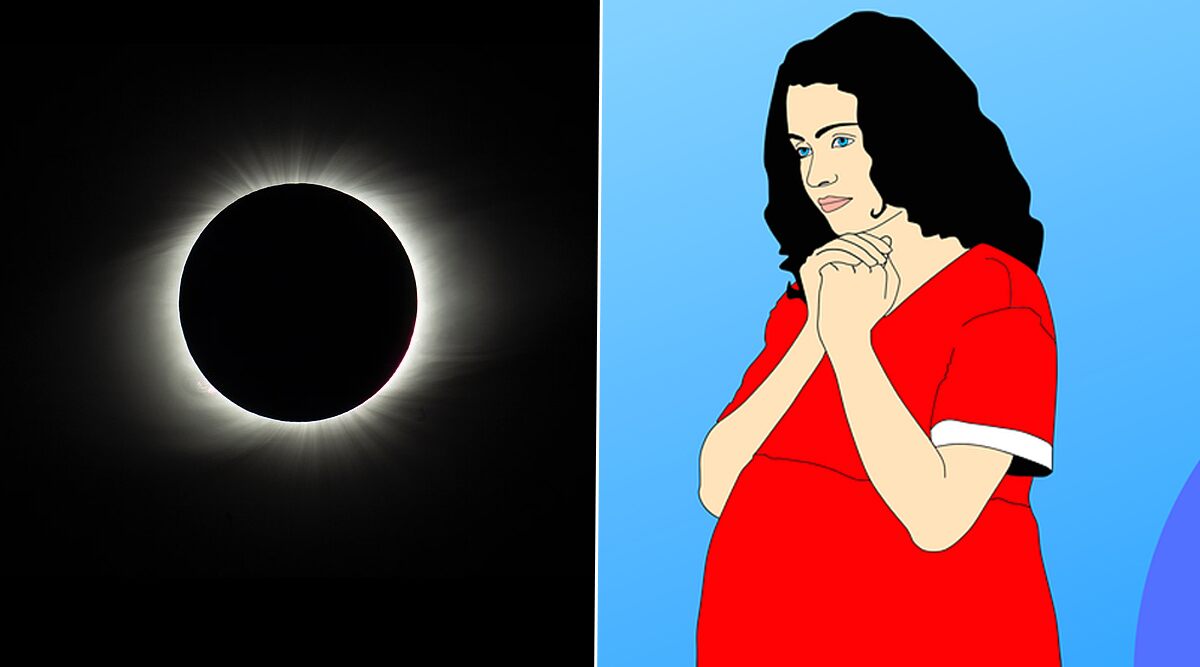 The year 2020 will see its first solar eclipse aka Surya Grahan on June 21 appearing as a “ring of fire” in the sky. The beautiful phenomenon will be clearly visible from India as well as from other parts of Asia, Africa, Europe, and Australia. However, many traditions including India’s, solar eclipse or Surya Grahan is considered ominous for babies in the womb and therefore pregnant women are asked to take precautions during a solar eclipse. While there is no scientific evidence it has been just been said from ancient times that a solar or lunar eclipse is harmful to a pregnant woman and can result in babies developing physical deformity, cleft lip or birthmarks. It absolutely up to you what you believe but all of this is merely superstition and there hasn’t been any case officially recorded by experts that have seen babies health being hampered by an eclipse.

The partial solar eclipse of 2020 will begin at 9:15 am IST on June 21 and will reach the maximum form of an annular eclipse at 12:10 pm IST. Traditional beliefs and legends say that the sun, moon, and other ‘grahas’ are very powerful and have an impact whenever there is an eclipse. Especially for pregnant women, necessary precautions are advised on the basis of the planetary positions. Expecting mothers and women who have recently given birth are advised to protect the health of their baby and themselves.

Will the Surya Grahan Harm the Baby?

The natural phenomenon of Surya Grahan doesn’t affect the baby of pregnant women scientifically but believers of astrology believe that it might impact the baby’s health if certain rules are not followed.

Pregnant women are advised to stay indoors as much as possible; as it is believed that stepping out could cause facial deformities or birthmarks in the unborn baby.

Should Pregnant Women Not Look At The Eclipse with Naked Eyes?

Now this does have a scientific connection as well, and whether pregnant or not, you should never look at the eclipse with bare eyes. In fact, looking at the Sun directly with naked eyes could damage the retina

Here Are certain precautions that pregnant women are advised during a solar eclipse:

However, remember that these are just beliefs and if due to any circumstances you need to step out, do not panic. Keep eating healthy food and stay hydrated. If you see any symptoms of dizziness, headaches, nausea reach out to a medical expert.

(The above story first appeared on LatestLY on Jun 17, 2020 04:36 PM IST. For more news and updates on politics, world, sports, entertainment and lifestyle, log on to our website latestly.com).