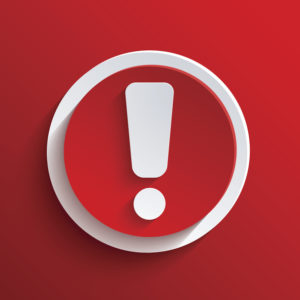 Let’s start with the bottom line: Parents of teens need to help them understand that just because they have been “challenged” to do something doesn’t mean it’s a good idea. But as simple as that sounds to us, it’s tough for many teens to grasp.

The latest challenge in the news is the “Benadryl challenge” that appeared on TikTok, a popular social media video platform. The idea was to take a whole lot of Benadryl (diphenhydramine, a common antihistamine) in order to cause a high, with hallucinations. While it’s true that diphenhydramine can make you high and make you hallucinate, when you take too much of it you can also have seizures, pass out, have heart problems, or even die. And indeed, emergency rooms across the country have treated overdoses of diphenhydramine, and at least one death has been attributed to the challenge.

To TikTok’s credit, they say that they have taken down the videos and are monitoring for any new ones. When I searched the site myself, nothing came up when I searched “Benadryl.” But it’s not like it’s the only challenge out there on social media. We’ve had the cinnamon challenge, the nutmeg challenge, and others like the “Kiki challenge” where people get out of their slow-moving cars and dance alongside them, or the “skull-breaker challenge” which, well, speaks for itself. Getting rid of all challenges is not really possible; it’s a game of whack-a-mole.

The reason teens do this stuff is actually rooted in evolutionary biology. The adolescent and young adult brain is growing and changing rapidly to meet the needs of their particular moment in life. As teens enter adulthood and become independent, they need to be able to learn a lot of information quickly. Their brains are set up to help them do that.

Entering adulthood and becoming independent also requires being brave and taking risks. There is so much that is new and scary as you enter adulthood, which is why many of us are glad we are past that part of life. The development of the adolescent brain takes that into account, too: the last part of the brain to develop is the prefrontal cortex, the part that helps us control our impulses and avoid risk. By the mid-20s or so, the process is complete.

Working with the teen brain

This doesn’t mean that parents, teachers, and others should just throw up their hands and quit trying to talk to teens about making safer decisions. We absolutely need to keep trying, day after day. But it does mean that we have to understand why these challenges may have so much appeal, and why teens may not fully appreciate the risks. It means that our efforts need to be not just ongoing, but understanding. We need to work with the teen brain, not against it.

There’s no easy way to do that. But here are some ideas: