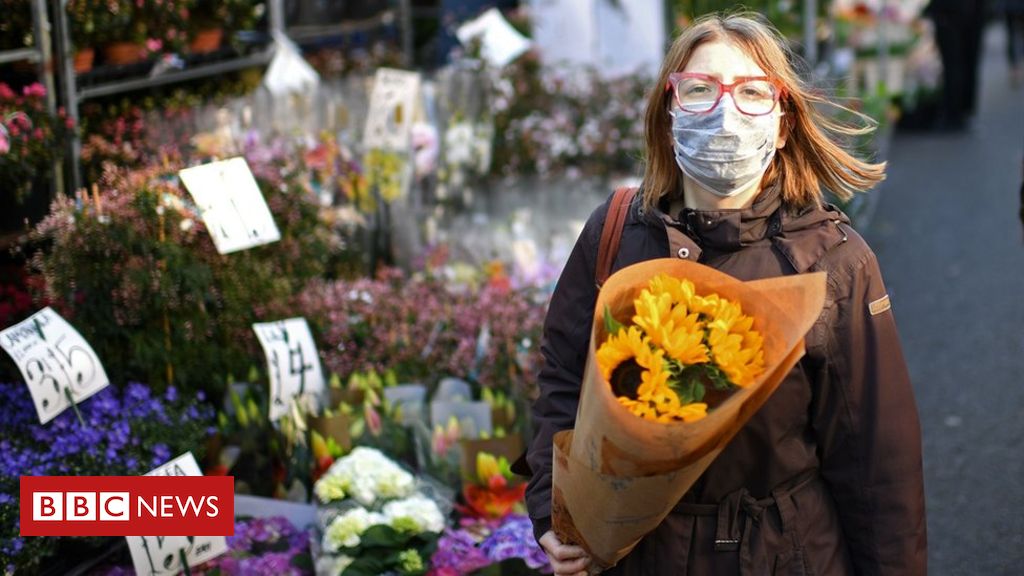 Almost 90% of people who lost their sense of smell or taste while infected with Covid-19 improved or recovered within a month, a study has found.

The study, in Italy, found 49% of patients had fully regained their sense of smell or taste and 40% reported improvements.

But 10% said their symptoms remained the same or had worsened.

Given the scale of the pandemic, experts warn hundreds of thousands of people could face longer-term problems.

A change in – or loss of – someone’s sense of smell or taste are now recognised as core symptoms of coronavirus.

According to NHS advice, anyone who experiences them should isolate, together with their household, and be tested.

The international team of researchers surveyed 187 Italians who had the virus but who were not ill enough to be admitted to hospital.

The individuals were asked to rate their sense of smell or taste soon after they were diagnosed and again a month later.

A total of 113 reported an alteration in their sense of smell and/or taste:

People who had severe symptoms found they took longer to get better.

Dr Claire Hopkins, one of the researchers and president of the British Rhinological Society, said her team was now doing more research on people with long-lasting symptoms.

She told the BBC: “Data from other viral illnesses, and some of the new data we are gathering, suggest the vast majority of people will get better but for some, recovery will be slow.

“For people who recover more quickly it is likely the virus has only affected the cells lining their nose.

“For people who recover more slowly it may be that the virus has affected the nerves involved in smell, too. It can take longer for these nerve cells to repair and regenerate.”

She suggests anyone with concerns can find further information from charities such as AbScent.

Writing in the same journal, Dr Joshua Levy, a specialist at the Emory University School of Medicine, said: “Even with a high rate of resolution, the staggering number affected by this evolving pandemic suggests an almost certain deluge of patients likely to present for the treatment of unresolved symptoms.”

But he says there are “frustratingly few” interventions for people who experience these problems.

He suggests that in long-term cases people could consider therapy used for similar conditions – such as smell-training.

The paper is published in the journal JAMA Otolaryngology – Head and Neck Surgery.