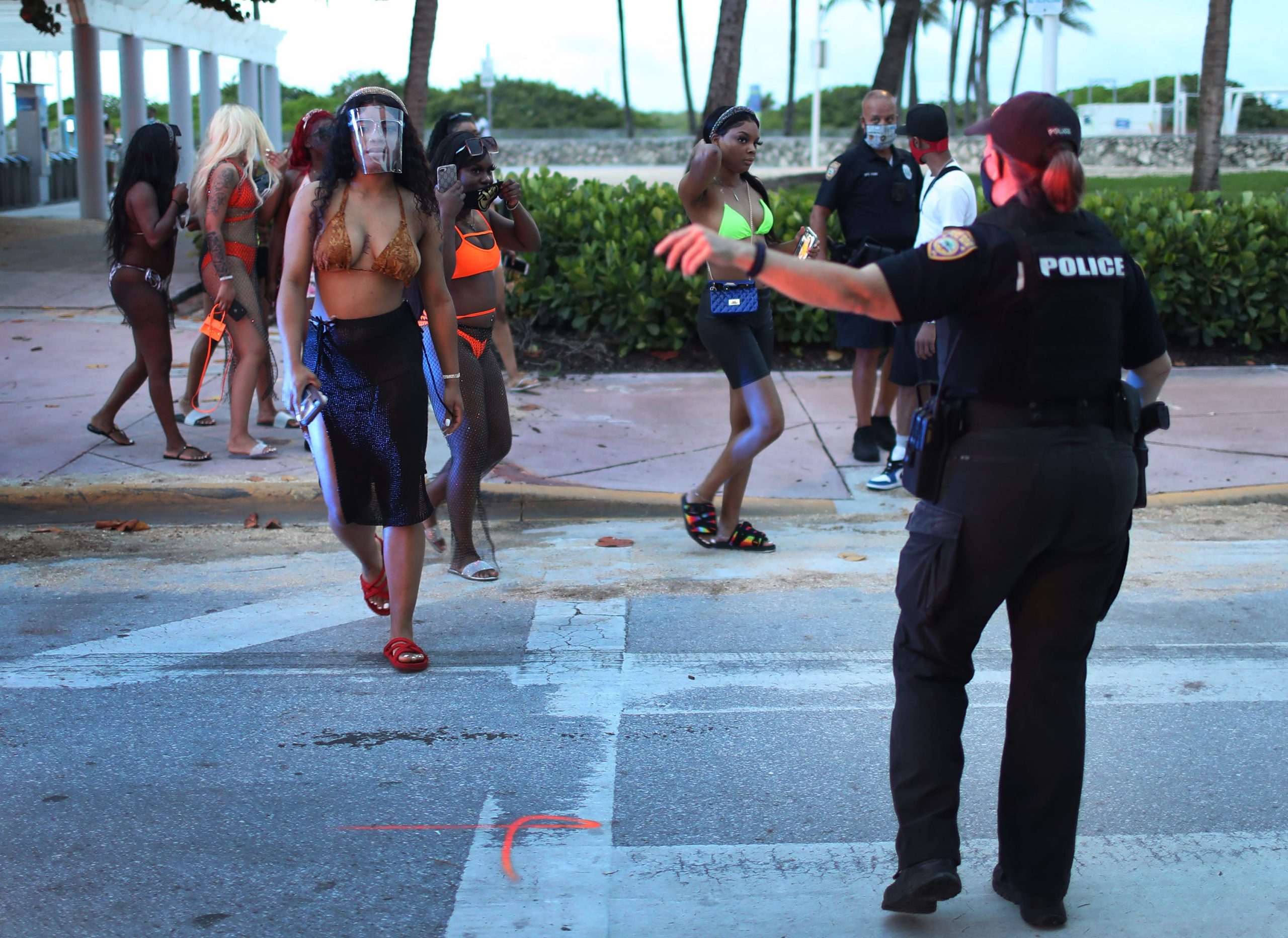 Florida reported 12,523 new cases of the coronavirus on Saturday, marking the fifth consecutive day the hot-spot state reported more than 10,000 cases, according to the state’s health department.

The state has reported more than 11,865 cases of the coronavirus on average over the past seven days, up 28.85% compared with a week ago, according to a CNBC analysis of data compiled by Johns Hopkins University. The Florida Department of Health says the virus has infected more than 350,047 people in the state and killed at least 4,982 people.

Hospitalizations have risen in recent weeks as well. As of Sunday, 49 hospitals had no more available adult intensive care units, according to Florida’s Agency for Health Care Administration.

“The residents here are terrified and I’m terrified, for the first time in my career because there’s a lack of leadership,” Florida Rep. Donna Shalala, a Democrat who’s district lies within Miami-Dade County said on ABC’s “This Week.” “It’s terrible. We have community spread, which means the virus is out of control.”

The lack of both federal and state leadership from Gov. Ron DeSantis, a Republican, has hampered local officials’ ability to bring the virus under control, Shalala said. She added that the state did not shut down for long enough to “starve the virus” and that the governor has declined to issue a statewide mask order.

Read More:  All About PSA: Everything You Need to Know

“In my district, it’s low-income minorities: Hispanics and African-Americans,” she said, “who are forced to go back to work for economic reasons and because their employers demanded they go back to work.”

She added that the people in her district live in multi-generational households, so those who become infected often pass it on to their older family members.

Over the past seven days, the median age of newly infected people in Florida was above 40, according to the state’s health department. That marks a steady rise since mid-June, when Gov. Ron DeSantis noted that the median age of those testing positive had fallen from 65.5 years old in March to 37 in June, hitting a low of 33 on June 24.

DeSantis has pointed to the lower age of patients as evidence that the state is effectively protecting its most vulnerable residents. Younger people are less likely to become severely sick and die from Covid-19, according to data from the Centers for Disease Control and Prevention. But as more and more young people have contracted the virus, they appear to have passed it on to older, more vulnerable population.

“There is more testing now than there was then so that may account for some of this but I think we’re seeing a true increase in cases in older adults, which makes sense given the overall large increase in cases,” Cindy Prins, an epidemiologist at the University of Florida, told CNBC last week.

Shalala added that Covid-19 hospitalizations have been steadily rising, especially in her South Florida district. She said some hospitals are overwhelmed and patients should be concerned about receiving quality care in the current environment if they become sick and need to be hospitalized.

Republican Sen. Marco Rubio said earlier this week that shortages of remdesivir, the only drug currently authorized in the U.S. to treat Covid-19, being reported in Florida’s hospitals are due to a “bad disconnect” with the Trump administration about his state’s needs. The Department of Health and Human Services signed a deal with drugmaker Gilead to secure the available supply of the drug, but amid the recent surge in cases, hospitals have been struggling to meet demand.

“We need to close down in Florida,” Shalala said. “Our economy will not come back until we meet this virus at its head and bring it down.”