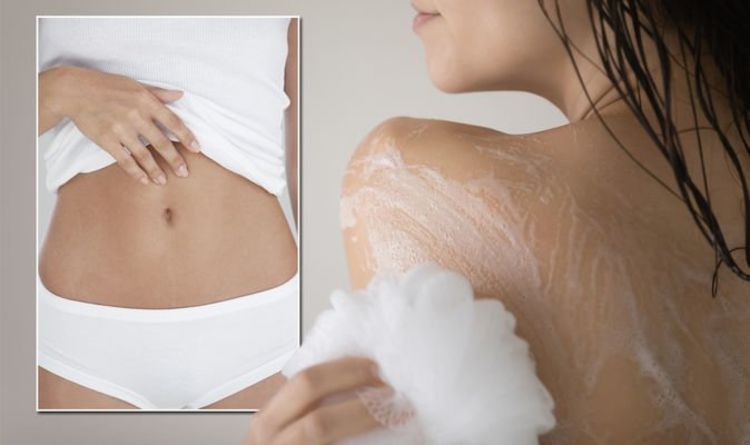 Dr Fiona Worsnop, consultant dermatologist at Stratum Clinics, explained belly button lint is caused by a buildup of debris, such as fibres from clothing, dead skin cells and body hair, in the umbilicus.

She continued: “These are normal things which all our skin regularly has contact with, but the hollow of the belly button can act as a reservoir.

“It is more common in people with belly buttons which go in, versus those which are out and especially in people who have longer, thicker hair on the torso and around the umbilicus.

“The hair acts both to move the debris toward the belly button, and also acts as a trap, keeping the debris in place.

READ MORE: Vitamin B12 deficiency symptoms: Three warning signs on your feet to watch out for