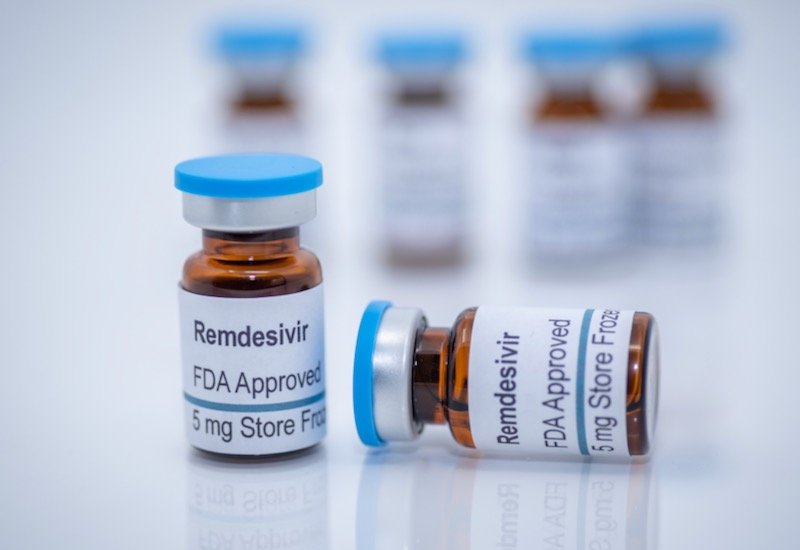 Veklury has become routine treatment for severe COVID-19 patients in the U.S., spurring significant sales for Gilead Sciences. Experts have often debated data from the drug’s clinical trials, and now a small study adds points to the arguments voiced by skeptics.

Both Veklury, also known as remdesivir, and hydroxychloroquine didn’t significantly clear the virus from hospitalized COVID-19 patients or affect the degree of respiratory failure and inflammation over standard of care after 10 days, according to a study published in the Annals of Internal Medicine on Monday.

The randomized trial, dubbed NOR-Solidarity, was an independent add-on to the World Health Organization’s (WHO) previously reported 11,200-person Solidarity trial. That study, released in October, found that Veklury “appeared to have little or no effect on hospitalized COVID-19” when measured by the need for ventilation, the length of hospital stay and overall mortality.

Gilead responded swiftly in opposition to those results, saying the data hadn’t undergone “rigorous” review. Three of Gilead’s own peer-reviewed studies outlined Veklury’s benefits, the company said, while critics argued that the benefits were modest.

RELATED: Gilead’s remdesivir has ‘little or no effect’ on COVID-19 recovery or mortality: WHO

The “most-important” secondary outcome specific to the NOR-Solidarity trail, according to the researchers, was the amount of viral load in a patient’s throat. Among all groups, the amount declined a week after someone received initial treatment and fell similarly after 10 days.

But investigators observed no marked difference in that decline between the treatment groups. If anything, the decrease rate was “nominally” in favor of standard of care, the team wrote. The presence of SARS-CoV-2 antibodies or high or low viral load at hospital admission “did not influence the potential antiviral effects of these drugs,” the researchers wrote.

Veklury did show an improvement in respiratory function after a week over standard of care, but there was no difference at day 10, the study found.

Despite early promise that both Veklury and hydroxychloroquine “effectively exerted strong antiviral activities against SARS-CoV-2 in preclinical models,” the latest results found “no antiviral effects of these drugs in hospitalized patients,” the researchers wrote.

The findings on hydroxychloroquine, a treatment former President Donald Trump frequently pushed last year during press briefings, aren’t surprising. The FDA revoked its emergency use authorization for the anti-malaria drug last June after it determined the drug was “unlikely” to be effective.

Veklury, on the other hand, has been a huge success for Gilead. After initial studies, Veklury scored an FDA emergency use authorization in May and then won a full approval in October. Eventually, U.S. doctors treated half of hospitalized patients with the drug, executives said.

A spokesperson wasn’t immediately available for comment regarding the latest findings.

Gilead generated $ 2.8 billion in 2020 Veklury sales, with much of that coming toward the end of the year as hospitalizations skyrocketed. The drugmaker has predicted between $ 2 billion to $ 3 billion in Veklury sales this year.

The company is currently working on an inhaled version, although it scrapped plans for the drug as an IV infusion outside of hospitals, citing more convenient treatment options.